This article offers a bullet comparison between the 300 Blackout, 30-30, and 7.62×39. Find out their detailed reviews here and decide which one best suits your requirements.

There have been many questions about these three popular rounds – 300 Blackout, 30-30, and 7.62×39. In this article, I’ll provide you with specific reviews and comparisons of the three.

This bullet is an American variant of a 223 conversion. It is a larger caliber bullet in a smaller capacity shell.

It comprises the 233 shell casing that was cut down, resized, and inserted with a 30 caliber bullet. In other words, you have the same 30 caliber round that the 7.62×39 has.

The only difference is its change for AR15 instead of AK47.

While the 7.62×39 claims its prestige in most Eastern countries because of the AK platform, the 300 Blackout gained its popularity in America. And in fact, it is designed to simulate the 7.62×39.

More specifically, its design puts a large caliber bullet in an AR15 size receiver and barrel system. It has to have 30 blackout chambers and barrel, but it fits in the same magazines, the same lower, and it has the same bolt and upper.

There are many positives to having a 300 Blackout. First, it has more capacities that can be loaded to. It can be loaded from 110 to 220 grains for ultra subsonic loads.

Second, it is a very versatile round, probably a favorite round of most Americans. It is likely to be even more popular because it doesn’t cut down magazine counts.

I find it usable on the same PMags, same bolt, same everything on the AR, but with AK stopping power.

Third, you can have an AR15 pistol like a 7.5-inch barrel or a 10-inch barrel while using this bullet; it thus comes out with a lot of force in a small package. I’d use it for home and personal defense situations.

I also have a list of the best scopes to use with a 300 Blackout for you to check out!

One of the best calibers that Henry produced is the 30-30, a seemingly underrated round. It is world-renowned for white-tailed deer hunters, especially under 200 yards.

This venerable cartridge was initially designed as a 30 caliber bullet with 30 grains of powder. Of course, it has changed since then.

I can attest to a rifle’s performance when using with an iron sight with this ammo type. It’s undeniable that the 30-30 is not only an excellent choice but also perfect for deer hunting.

Some may say that they couldn’t use the 30-30 for anything. However, a Marlin lever action with the 30-30 will stun you out.

That’s why some others say that a gun cabinet without a 30-30 lever action in it is downright abandoned. If it worked in the Wild West, it’ll work for you and me at an outdoor firing range.

Despite the controversy around it, the 30-30 is known for its lightweight and handy carbine. At close range, it significantly facilitates your aiming.

In modern times, common sense may show that a cartridge with the performance of 30-30 has faded into obscurity. We can say that it’s not a speed demon, it cannot carry a heavy payload, and its range is relatively short.

However, we cannot deny that the 30-30 works in its field, it is understandable, and it is simple.

If you are hunting in the vast open plain or a large bean field, the 30-30 may not be the right choice. But in the woods, hemlock, or beech forest, the 30-30 show better performance.

Additionally, the 30-30 has various upgrades in the ammunition department, and if you hand load your ammo, you can take things even further.

As compared to the 7.62×39 and the 300 Blackout, the 30-30 may be less recommended. However, I highly appreciate the 30-30 for its legacy and the clean and classy lines of the rifles that contain it.

It is proof of the American engineering success story. And it will be gaining respect for its long-lasting history. If you’re a fan of history or hunting up close, I heartily recommend this ammo type.

This bullet is very popular; it can be found pretty much anywhere in Eastern countries. The 7.62×39 is an incredibly dominant and reliable round and the perfect companion to the most popular rifle in the world: the AK-47.

Some even say it is one of the most potent rounds. It is typically about 123 grains when you buy a Russian surplus.

However, you can do it all the way down when you are reloading 110 grains and max out at 155 grains.

When the 7.62×39 starts going out into distances from 100 to 200 yards, you can easily hit your targets. But when it goes out from 300 to 400 yards, you will likely see the bullet tumble and drop significantly.

At this range, you will start losing the capacity for accuracy with the 7.62×39. It’s just not designed to be a long-range round.

If you use the 123-grain bullet, it maxes out at about 2,400 feet/second and 1,900 feet/second at the minimum. There are approximately 500 feet of variation in there when you adjust the loads or the military round. 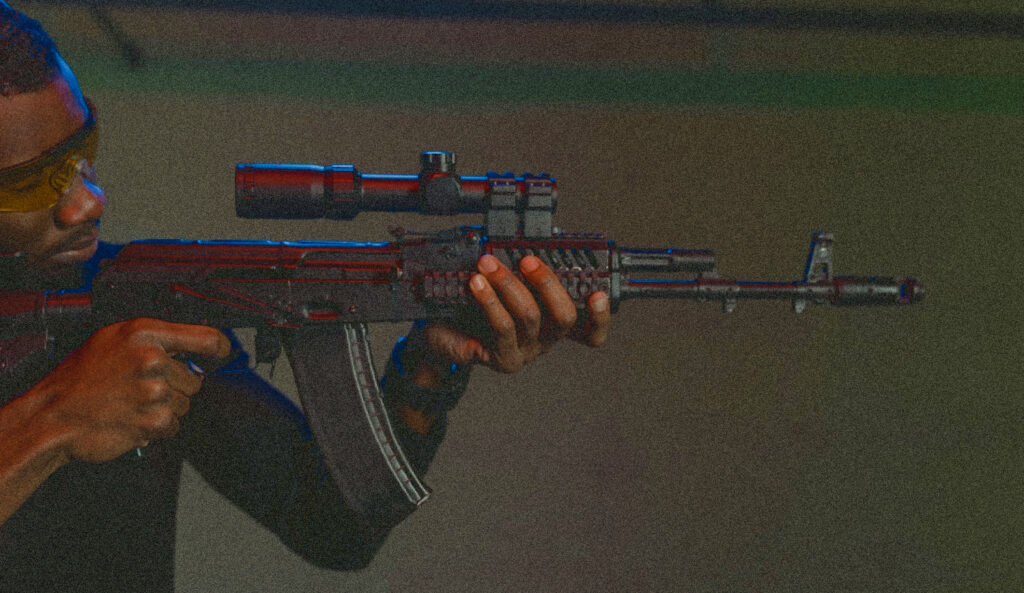 If you use the same bullet in these casings, you will understand the similar ballistics reports. The bullet starts tumbling faster than it would with a flatter trajectory like a 223.

The projectiles on these both rounds will drop and lose their accuracy more than the higher velocity rounds. This is because larger bullets move slower than lighter projectiles. So, they are not designed to pass the 200-300 yards out mark.

However, at close range, all of these bullets are devastating. They are intended to wipe right through your targets.

They are the close-range attack rounds that will cause severe damage to massive ballistic impacts when they hit the target.

Different people may have different viewpoints and requirements in choosing a round that best suits their rifles and hunting styles.

Check out this guide to learn how to use AK 47 sights!