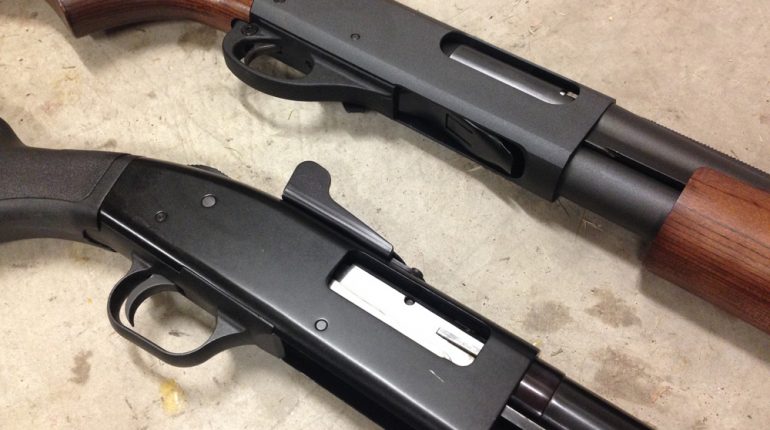 Shotgun has never been the boring topic; there are thousands of people put their concentration on seeking the right shotgun fitting their demand among a variety of models on the busy market every day. To support you finding the best one, I recommend Mossberg which is one of the most popular shotgun being on the market for such a long time. Especially, I will provide the detailed information about two specific models of Mossberg which are 500 and 590 along with the differences between Mossberg 500 and 590 as well.

Both of two products are based on the same basic concept designed by Carl Benson and they always are improved to satisfy the user’s needs. The especial thing is that they share the same basic receiver and action. However, the series of Mossberg still exists a lot of distinguishing points such as bore size, stock, magazine, forearm materials, barrel length and even choke option, so 500 and 590 also have the big different. And to find out completely, I will give you the review of each first.

Mossberg 500 is the Pump action shotgun that can shoot 12 gauge ammunition. With six rounds in maximum capacity, this gun can hold more than the average shotguns of the same caliber. Especially, you will get the affordable price being less than the average 12 gauge shotgun. It is quite light about 7.25 lbs compare with the other shotguns. Besides, with the length of the barrel about 24 and the overall length about 44.25 in, it is quite similar the other 12 gauge shotgun’size.

After a lot of innovations, Mossberg 500 has proven to be the most versatile and wonderful shotgun platforms that offer as a model to suit the different application and all kind of customers from households to law agencies even to military worldwide for the number of purposes.

It comes with a lot of useful features such as the dual extractor, easy to fields strip; vent ribbed barrel with the twin bead sights, ambidextrous, top mounted safety, steel to steel bolt lock up, dual action bars. It is one of the rugged and reliable shotgun.

This model is a 12 gauge pump action shotgun. It accommodates both 3 inch in two and three quarter and shells. Besides, it has a full-length magazine tube. When loaded with two and three quarter inch shells in the magazine will hold eight in the firearm having a chamber for a total of 9 shells. When loaded in 3 inches and the magazine behold seven. It also owns the heavy wall barrel.

It also comes with full of features such as Dole extractors; the receiver is drilled and tapped for mounting rail or optics. It has the safety that is very intuitive when push for the weapon getting ready to fire. Moreover, it also has the bayonet log for mounting in M9 bayonet. This model is sold in a variety of variations, and you can have a lot of options. Especially, it is very easy to clean and maintain by spraying the inside of the receiver and then clean the barrel easily as well because the barrel is simple to remove.

Especially, the 590 magazine facilities are easy to clean and remove, as removing the nut allows removal of magazine spring and followers as well. 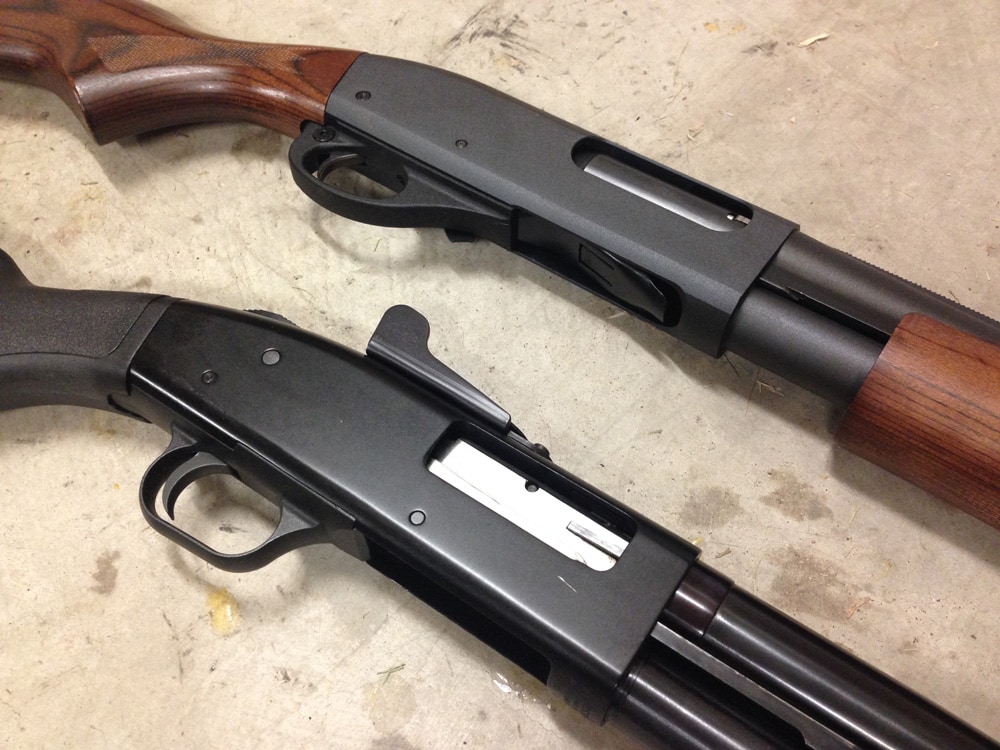 Both of them have the polymer trigger guards, safety, and standard barrels.  The 590 have the bayonet lugs and ghost ring sights while the 500 don’t have it.

In addition, the 590 features a thicker barrel, steel safety, and steel trigger guard while the 500 has the plastic trigger and plastic safety switch. Thus, the 590 will be more durable than 500.

The riot gun versions of the pistol grip

The purpose of use

The 500 model is a plenty heavy duty for home defense, police duty, and security work. It usually has a 28 barrel and wood stock and holds 5 rounds in the magazine tube plus to a chamber. However, the 590 is more suitable for the military or hunting in the harsh conditions. It has composite stocks and holds eight rounds in its magazine tube.

About the cost, it is not too different so you should put your concern on the quality and purpose more. Because of some reasons, the 590 model has the higher price than the 500 a little bit.

I have both of this model and use for such a long time without getting any mistakes, so I believe in their quality. However, I suppose that each one has the different strong and weak points. If you are wondering if what will be right for you, I think you should consider your demand first then make your choice. Hope you will buy your best shotgun after reading about the product and the difference between Mossberg 500 and 590!