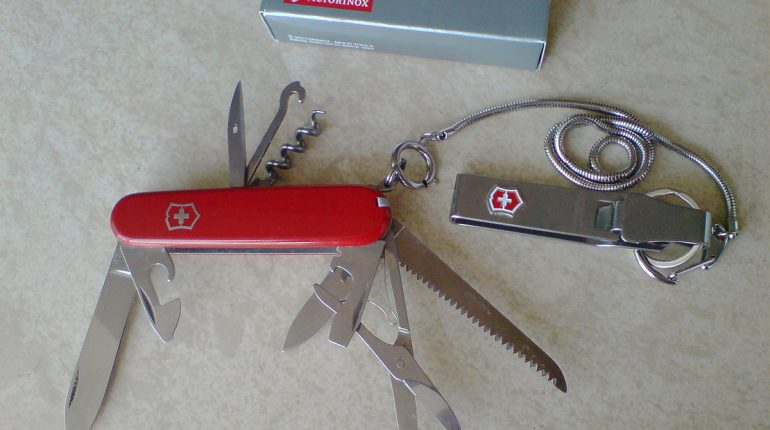 Possessing various built-in tools, Swiss Army knives prove to be highly useful in pretty much every type of situations. That being said, the knives are not exactly indestructible and lackluster maintenance would inevitably reduce their usefulness on the field. Knives that subjected to high-intensity uses must receive proper cares or operating difficulties and other performance troubles could develop. While you could always send you Swiss Army knife to professional knife maintenance services, the cost tends to be high. As a result, people have been searching around for an effective way to maintain their Swiss-built knives by themselves.

Don’t know how to clean a Swiss Army knife and worry that you might wreck your knife by mistake? Then you need to take a look at this article. Generally speaking, anyone could successfully service their Swiss knives as long as they have a firm grasp of the fundamentals. Down below, you would be introduced to the stuff you must have to keep your knife in reasonably good condition. Once you have the right materials on hand, the article shall show you what needs to be done through a step by step cleaning guide. Moreover, a couple of sharpening tips and trick are provided to help you preserve the sharpness of your Swiss knife.

Servicing Swiss Army Knives: What The Owners Need To Prepare

You don’t have to go for advanced tools and gears, it’s highly likely that you could get everything you need around the house. Overall, you should grab a couple of toothpicks and cotton swabs in order to take care of the accumulated dust. A portable air compressor would also come in handy if you happen to have one. In term of lubrication, you could use whatever you want from WD-40 to ordinary oils. Keep pieces of cloth by your side so you could rub the lubrication across the surface of the knife and give it a nice finish. In case some blades of the knife seem dulled, sharpening steels are all you need to restore the original sharpness. 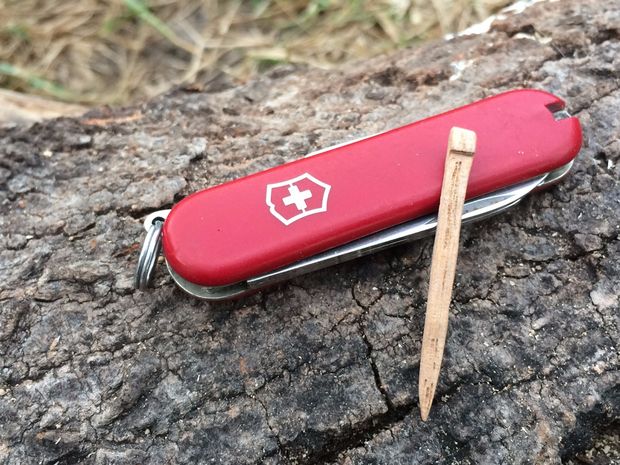 Important Note: Considering the nature of Swiss Army knives, you should refrain from using aggressive materials like sandpapers and others. Swiss knives are quite rugged but their operating mechanism could be damaged by certain solutions. The last thing you ever want to do here is to accidentally break the mechanism and make the knife inoperable.

At first, you should open the knife and proceed to take a good look at every corner to detect debris. Once you detect dust build-ups, promptly remove them using the toothpicks and cotton swabs. Go through each tool of the knife until you are certain that most of the dirt have been dealt with. Use paper towels to reach the inside of the knife to take care of the leftover dust stuck between tools. As always, be careful since the blades of the knife could slice through the paper towels which would cause injuries.

By thoroughly lubricating the operating mechanisms of your Swiss Army knife, you would be able to use it much easier. You don’t need to force open/close the knife and that should extend the effective lifespan of the components. While applying lubrication, remember to open all the tools of the knife, put in the lubrication and then close it. Repeat the process a couple of time to ensure that the lubrications reach every nook and cranny of the knife. You could use the same technique with the rust removers. In any case, only use appropriate amounts of chemical solutions, you don’t want to the knife to get slippery.

Detach every removable tool as well as electronic devices that you knife possesses and keep them in a secured place. Get a compact container and fill it with a sufficient amount of cleaning solvents before putting your knife in there. In most of the case, doing that should break up pretty much all remaining rust and debris in the knife.  Wait for around half an hour and get the knife out for one final inspection. If there is nothing out of ordinary, you could put your Swiss knife back together and that would be it. 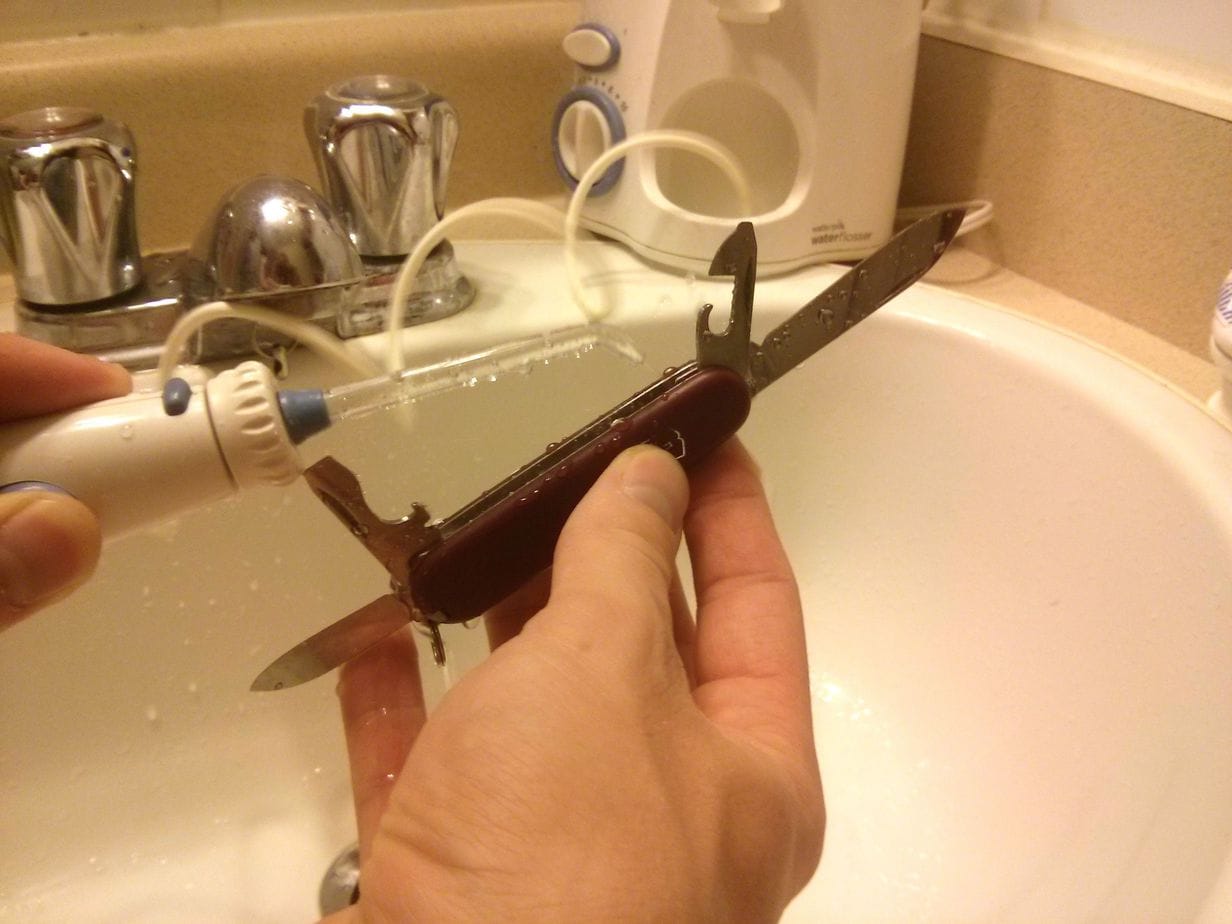 Sharpening Blades Of Swiss Knives: Tips And Tricks For Novices

Think About The Sharpen Frequency: In most of the case, owners of Swiss Army knives could sharpen the blades as often as they want to. Overall, a heavily used Swiss Army knife should be sharpened at least once a week to keep up the performances. If you mostly use your Swiss built knife in camping trips, try to sharpen its blades before you head out.