How Much Ammo Does a Soldier Carry on Average & In Battle? 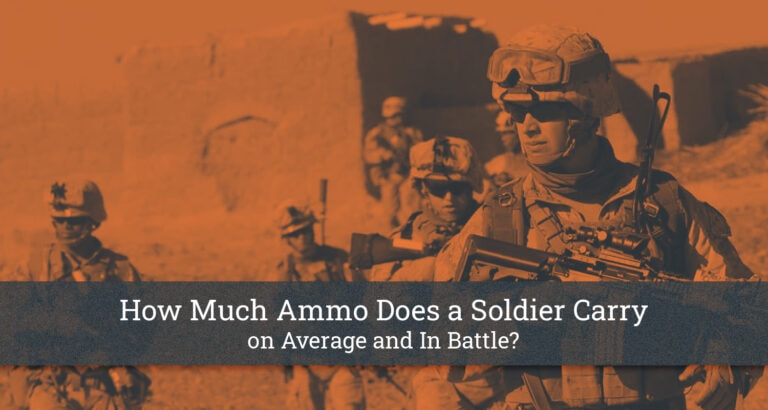 It’s often asked how much ammo does a soldier carry into combat, and the answer to that question varies a lot from source to source. Technically speaking, there is no fixed number since the soldier’s role, associated equipment, and primary weapon shall decide his/her necessary basic combat load.

Running dry in a firefight is not good, but mobility is an essential factor to consider, especially on extended missions. Traveling with a heavy inventory through rugged terrains and unforgiving weather could drain the soldier’s stamina fairly quickly.

That is why so it’s vital to have a balanced loadout. Would you like to know more? Then this article is for you.

How Much Ammo Do Soldiers Carry?

Below is an estimated basic combat load of a soldier based on class, primary weapon, and purpose, from a small item like a flashlight to a gun. However, in the field, how much ammunition is carried boils down to individual preferences.

A soldier can always store extra magazines or stripper clips in the backpack, which considerably increases the how much ammo will be available. Besides ammo, a soldier has to carry much gear, body armor, helmet, communication equipment, food, drinks, etc.

Therefore, while a soldier can bring as much ammo as he/she wanted, inventory planning is essential. To let the soldier function effectively in combat, the ammo load must be logical and sustainable.

Pretty much the backbone of every army, the rifleman is one of a fighting force’s primary components. The average rifleman’s basic combat load is roughly between 150 – 240 rounds (about 5 – 8 magazines).

Many countries prefer to preserve the spring tension, so their combat soldiers never load the magazine to its max capacity. For example, a soldier shall load a 30 round magazine with about 27 – 29 rounds instead of 30 rounds.

It permits the magazine to be reused multiple times without wearing the spring too much. If the logistics system can continuously provide new magazines, there is no need for a capacity restriction.

Next to the assault rifle, a rifleman can also carry a pistol with 2 – 3 pistol magazines (approximately 20 – 35 rounds) as a backup.

The weight of the magazine and the round itself reduce as time goes by. The introduction of excellent combat systems like Ratnik and FIST is expected to raise the ammunition load of a rifleman and soldier in general.

Capable of delivering suppressive fire to pin the enemies, a machine gunner could send plenty of rounds downrange quickly. If the machine gunner is at a fixed position or on a movable platform, he/she can rely on a generous ammunition reserve.

But it’s entirely different on foot when a soldier got to haul everything on the back. The machine gunner can partially rely on the assistant gunner or ammo bearer and other teammates to carry his/her load, though.

There is a wide range of machine-gun magazines available from box to drum.

Due to the high consumption rate, a machine gunner’s basic combat load is usually much higher than a rifleman’s. The usual estimate ranges from 500 to more than 1,000 rounds, depending on the proximity of the resupply point and mission duration.

Medium machine gunners tend to require more ammo than their light counterparts. Thanks to cloth pouch and composite material, the modern machine gunner can carry lots of ammo without a considerable decrease in mobility.

Nonetheless, the ammunition’s formidable weight may still require the machine gunner to split it out among the squad.

Base on the rifle caliber and design style, the basic combat load of a sniper/marksman can approach the limit of a rifleman. The rifle’s humble capacity (revolve between 5 – 20 rounds) and the favor of accuracy mean a sniper/marksman never needs to carry too much ammo.

Semi-automatic rifles usually require more ammo than the bolt action ones though it still depends on the purpose of the mission.

Should the soldier expect to get into a prolonged firefight in a target-rich environment, then more ammunition is needed.

When armed with an independent or mounted grenade launcher, a grenadier’s job is to pound the enemy with high explosive rounds. A stand-alone grenade launcher often has more power and range compared to an intergraded one.

However, grenadiers that utilize independent grenade launchers must carry sidearm or rifles to defend themselves against close-range threats properly.

On the other hand, the under-barrel grenade launcher allows the soldier to retain the ability to fight as a rifleman without having to bear the additional weight.

The usual load of a grenadier is around 18 – 36 rounds for the grenade plus ammunition for his/her sidearm or rifle.

The baseplate, bipod, AA flashlight, tube, and rounds are distributed along with the mortar squad members. These items are hefty, and their weights can quickly reach over hundreds of kilograms in large-caliber mortars.

About 4 to 8 ready-to-fire rounds are carried with the squad to sustain immediate fires. Without specialized mortar carriers around, the mortal squad has to take all of these on their own, which puts a great train on the stamina.

A mortarman often possesses a rifle with about 3 – 5 magazines for personal defense, depending on each country’s army organization and military doctrine.

Artillerymen are usually not threatened by direct fire, so they don’t necessarily have to carry a rifle or sidearm in action. Most of them never bother with a personal defense weapon anyway since other infantry units and fortifications protect them.

The primary danger to the artilleryman is shrapnel from counter-battery fire and alike. 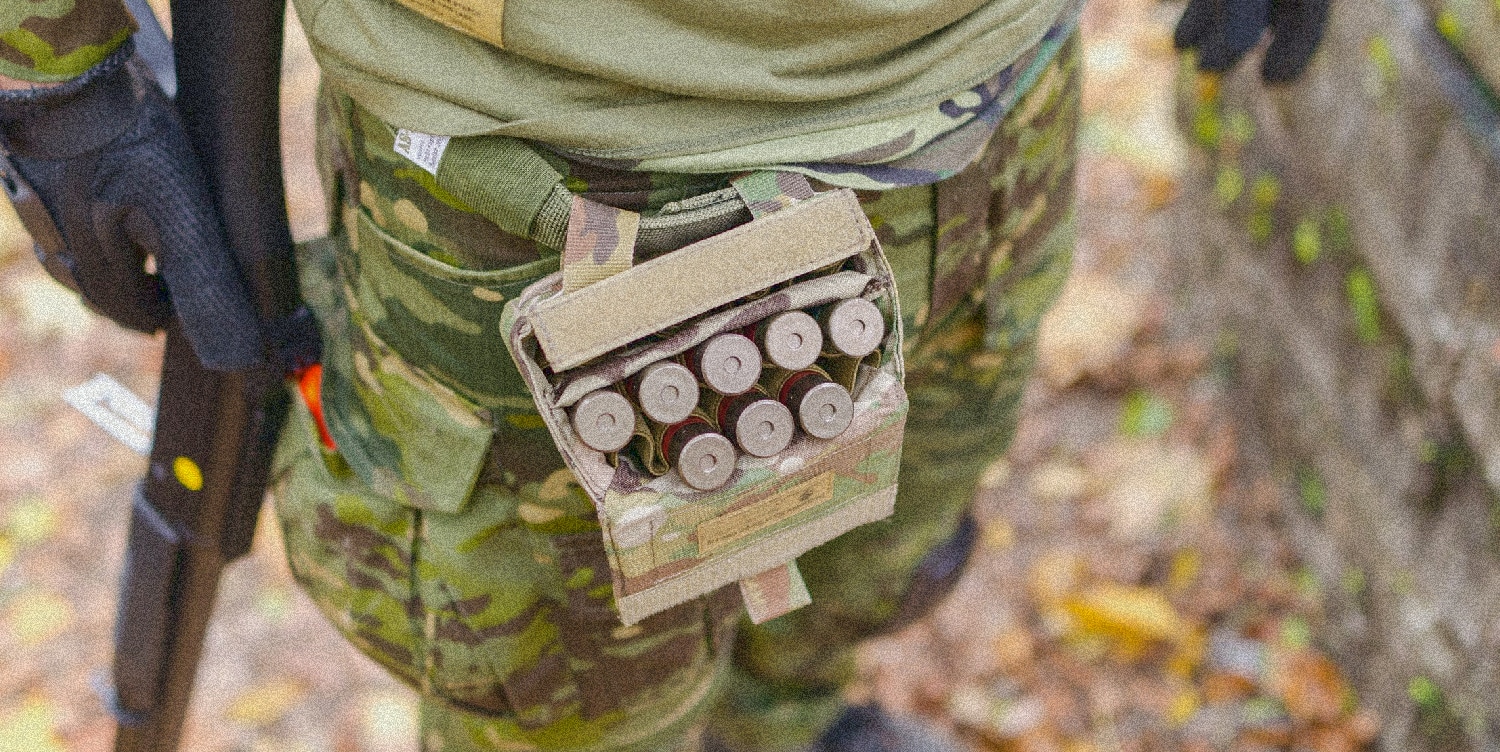 And that is most of the things you should know about the subject, not too hard to understand, right?

“How much ammo does a soldier carry on average?” That is a fascinating question, but the answer is not always the same between countries.

With the information, now you should have a pretty good idea of a soldier’s necessary ammunition load in combat.