Home
|
Hunting
|
Where To Shoot Effectively When A Deer Is Facing You? 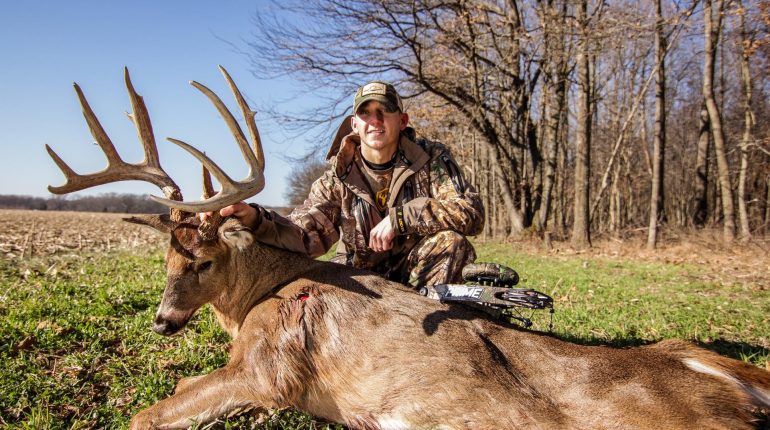 It isn’t common for many hunters to stand in front of the deer and fire. So, a lot of them ask the same question: “where to shoot if a deer is facing you?” The answer, however, doesn’t seem like an answer but an advice: “Do not shoot!” It is true because frontal shots are very difficult. But in some cases that you have no other choices, you should know that you still stand a chance.

Should we fire a deer from the front?

The frontal shot is not advisable for most hunters in the world. When shooting from this angle, you successful rate will drop down. If you miss the shots, you’ll sure lose the target. It will affect your hunting experience, strike your eager and passion.

There are a few spots you can aim when shooting from the front, but all of them are very difficult. The lethal area lays in the deer’s chest, but it’s as small as a baseball. Looking from 20 yards, the most common shooting distance, it seems like a bug. Shooting a bug on a moving and swaying object from yards away is nothing but a lottery play. Even if somehow you hit the spot, nothing guarantees you can kill the deer. The animal naturally develops to protection for its vital organs. Hard skull, strong shoulders and solid chest plate, they join hands to make an invulnerable armor. You shot need much more power than normal to go through these many layers of protection. Frontal shots demand you to be precise for every inch, which is the reason for giving up on them.

Although it is hard, there are some people accomplish the frontal shot. Of course, they are a little bit lucky, but they also show that such shots are possible. 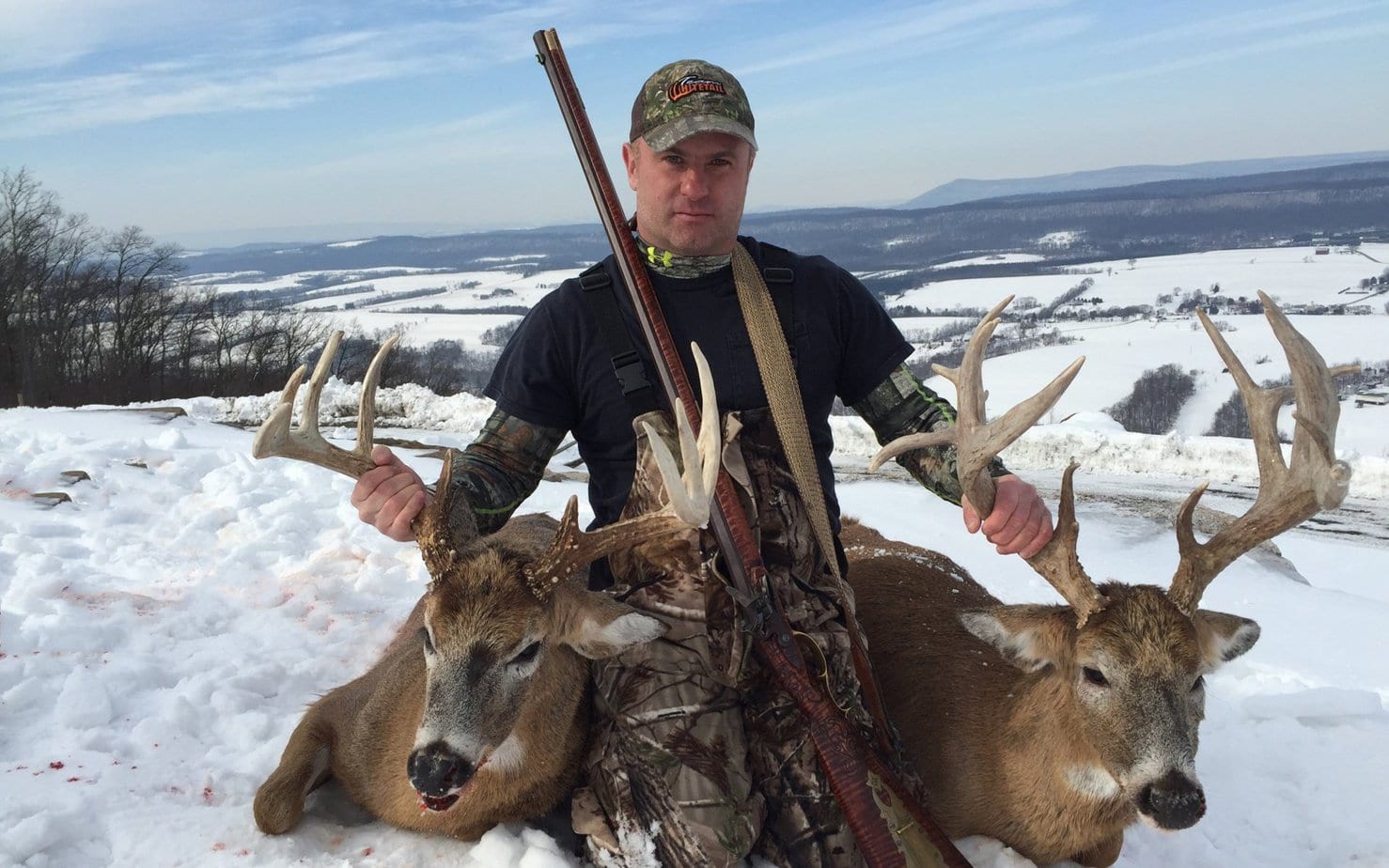 where to shoot a deer facing you

When taking a frontal shot, you have up to 3 vital spots to aim for: chest, neck, and brain. Chest and neck are shots that you should choose when facing a deer, while the brain shots need to be taken seriously.

Many people that succeed a frontal shot claimed that they had aimed for the chest. And this is the most effective spot when you are in front of the deer. That said, there is a baseball-sized area on the buck’s chest. Through it, your bullet can reach the boiler room, which contains lungs and heart. They are the most important parts of any inhabitant. If you can deliver an accurate and powerful shot to the chest, you can beat the animal down immediately. Its main engine of life is destroyed and you can easily find them at some miles away from where you shoot.

Shooting the deer in his neck is a possible method. Inside the neck, there is the spinal cord. This is the control for the entire nervous system. If it is damaged, the elk will quickly collapse and bed down. The problem here is the neck is even smaller and easier to miss than the neck. It’s only inches wide and if you can’t shoot in the middle, you’ll miss the spinal cord. But aiming for the neck may be the best choice for you. The bullets often go down at the end. So, take a neck shot, if you fail, there still are chances the bullet will hit lower at its chest. If you are not so confident, a neck shot is better than a chest shot.

The brain shots are always the hardest but deadliest shots. Some experts suggest aiming for the brain as you can one-shot the deer. When the control center is damaged, all other organs will be shocked and malfunctioned. The elk can’t last for a moment, of course. But brain shot is said to be something no-no for hunters. The brain is even smaller than the baseball-size hole in the chest. Also, animals turn their head every minute and turn it quickly. You need to take a perfect shot, measure the wind direction, control the trajectory and anticipate the deer’s movements. If you miss the center of the brain, what you do is scalp the deer and leave it in severe pain.

With those difficulties above, the brain shots aren’t recommended for everyone. But there is another reason. Many hunters accept that we should do as less damage as possible to the animal. Hunting is like a game or a sport, not a massacre. So, shooting in an inhabitant’s brain is inhumane. Nothing is more hurt like when the brain is destroyed. It will deliver a signal to all other organs, which makes the entire deer feel extremely agonized. Although the brain shot is still available, you shouldn’t try it if you want to be a good hunter.

Best positions to shoot a deer

When you’re hunting, shooting the animal for the broadside is the most effective way. In this angle, any of its vital organs are exposed to you. Lungs, chest or heart, you can easily aim for. By attacking from this angle, the deer’s protection is zero.

The broadside shot, in fact, isn’t always available in the forest. The animal won’t behave like a good boy, stand still and let you approach its vulnerable side. The second ideal position to shoot is where the deer is quartering away from you. From this angle, you are still able to deliver lethal shots. It’s more difficult than the broadside, but the deer’s dead zone is in your sight. 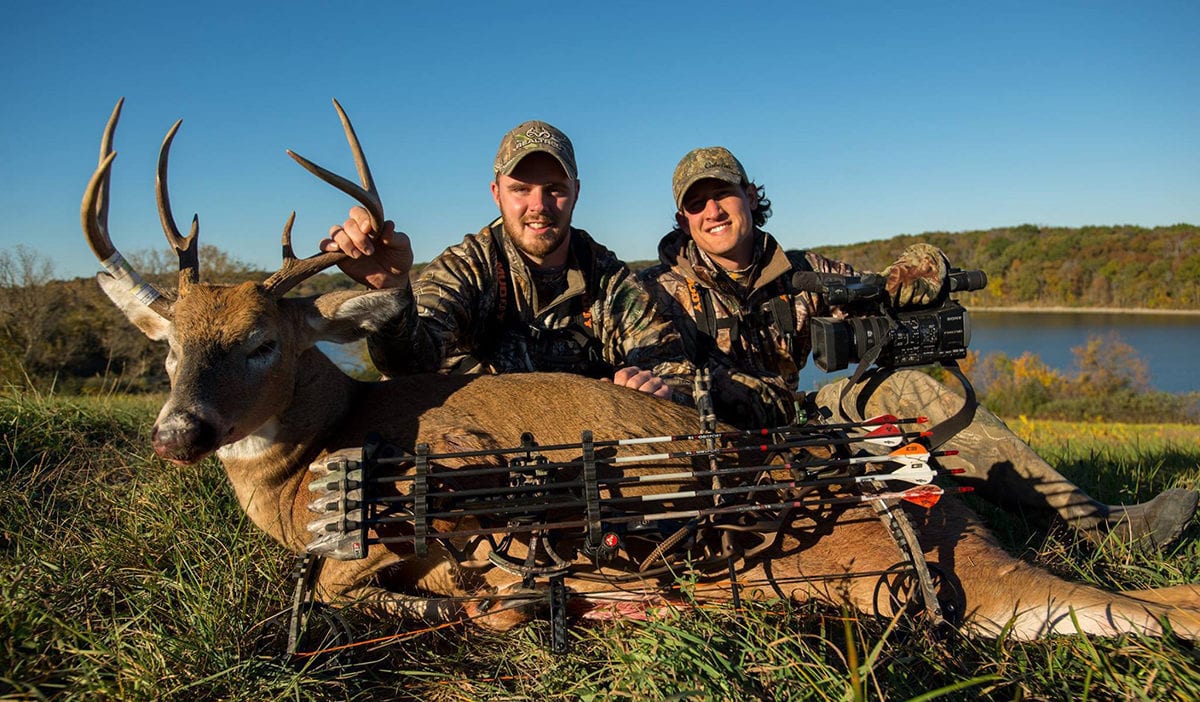 where to shoot a deer facing you 2

In some cases that you have no choice but taking a frontal shot, remember to aim for the chest or neck. You’ll need high-end equipment to penetrate the deer’s protection. You’ll also need concentration, practice, and luck. But at the end, you know where to shoot if a deer is facing you, and this is the most important condition. We hope, through this guide, you can have a successful hunt even if you have to perform the frontal shots.

Keyword: where to shoot a deer facing you