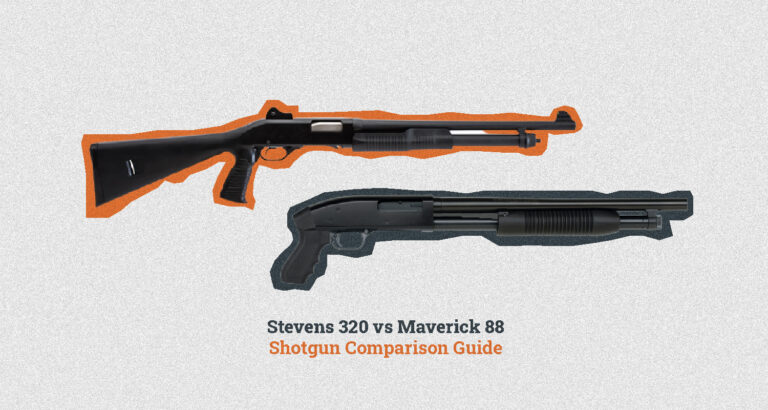 For those searching for shotguns for both hunting and defense, they will be presented with two kinds of popular shotguns on the market today. These are the Stevens and Maverick 88; these models recently made the new storm on the rifle stores.

With tons of useful features, both models have made waves with users. I understand if you have trouble picking one.

To deal with his problem, I’ve written an article that covers the differences and similarities between the Stevens 320 and Maverick 88 to make choosing easier.

First, I’ll cover some of the shotguns’ main characteristics before making comparisons and distinctions. Keep reading for more information!

The Stevens 320 shotgun is a well-built model that prioritizes performance and value. It provides several features that can be found on a more expensive gun, at a fraction of the price.

The 320 pump features a secure pistol grip, a proven rotary bolt design, and dual sidebars for reliable operation. The receiver is a bottom load with a great right eject. It has a 3-inch chamber, and the fixed cylinder chokes as well.

All of the Stevens 320 models are equipped with swivel studs and dual-action bars. This Stevens 320 pump is a pump-action shotgun that shoots 12 gauge ammunition. It has a maximum capacity of five rounds.

It holds an average amount compared to other shotguns of the same caliber that I’ve tried. At the same time, it’s decidedly more affordable than the average 12-gauge shotgun.

Thus, you still can benefit from this feature but also save a small amount of money. If you’re looking for a different gauge, there’s a new 20-gauge Stevens model for more choice.

Also, the Stevens 320 weighs 6.8 lbs unloaded, so it’s a little heavier than your average shotgun, but I think it’s relatively small for a 12-gauge. The barrel length is about 18.5 inches, and the overall length is about 38.25 inches.

This model also has both 12 and 20-gauge versions. It is a subsidiary of Mossberg but is a less expensive design.

It’s got a five round capacity, plus a beaded front sight, cross-bolt safety, a barrel, and rubber recoil. I was relieved to find that most of this shotgun’s parts are interchangeable with the Mossberg 500.

This model is a pump-action shotgun with cylinder chokes in the 12-gauge version. The main thing I liked about this model was the price; it’s nice and affordable. It was recommended as one of the best shotguns for home defense.

Although it’s assembled in Texas from mostly Mexican parts, it’s fairly different from the Mossberg models. The Maverick has some plastic internal parts.

This model is very reliable. Depending on the ammunition loaded, it can be counted on to stop any threat in one shot. I also found it easy to use because it was designed with a cross-bolt safety near the trigger. 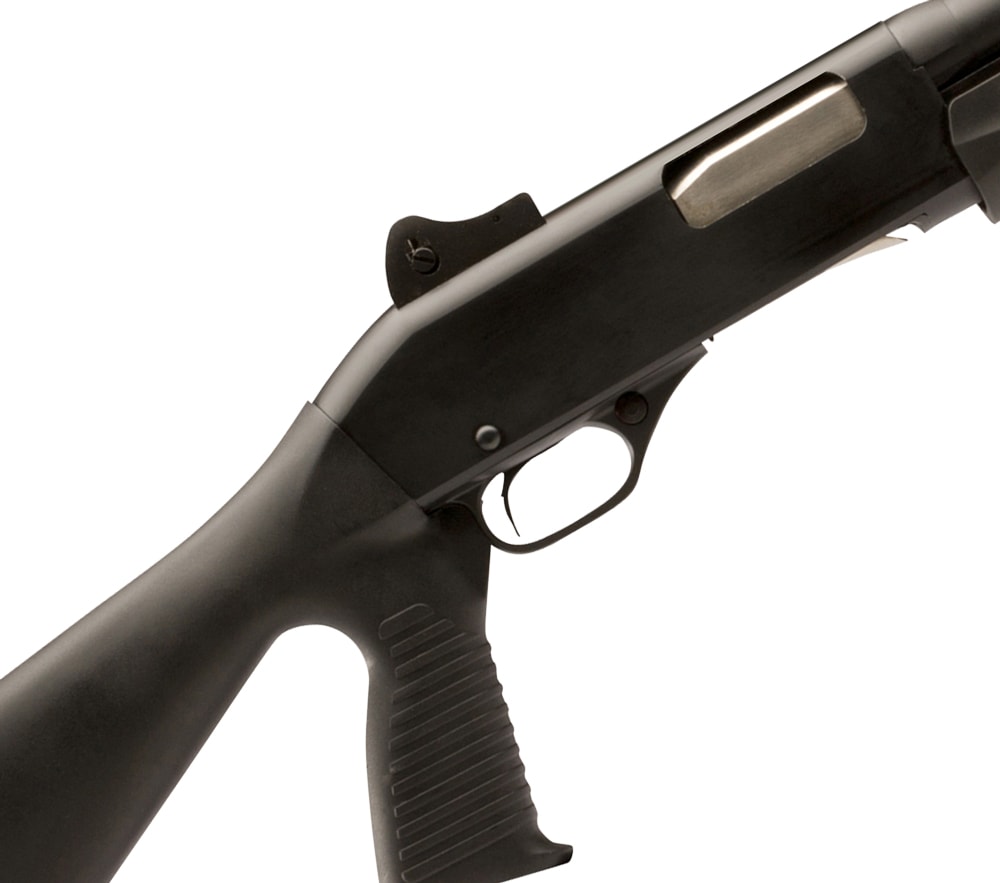 In conclusion, both Maverick 88 and Stevens 320 have great features that support you for every purpose. What’s important is to define your preferences to figure out which one is more suitable for you to purchase.

I believe the price doesn’t matter. Quality and suitability are much more important factors when purchasing a firearm.

I hope this article has helped you find the information you need to compare the Stevens 320 and Maverick 88!

For more product reviews, check out my review on the Dickinson Shotgun!