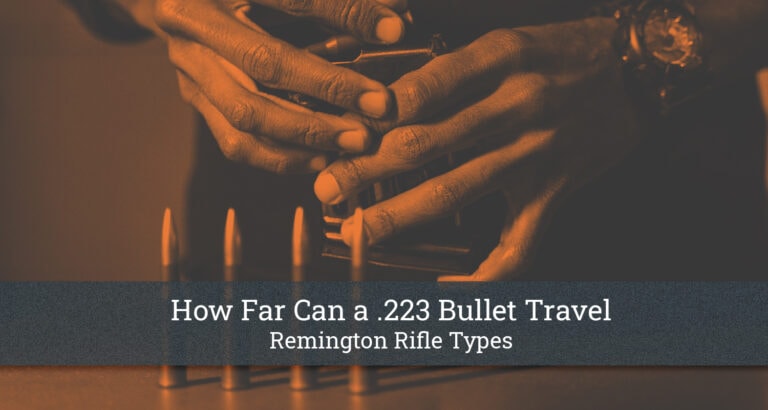 The .223 Remington was first launched in 1963 with the Remington model 760 pump-action rifle. It was considered as a varmint cartridge then.

A little while after, the .223 bullet started to be used by the US Military as an experimental cartridge in 1964. And like the NATO military cartridge (5.56x45mm), the .223 Remington Magnum is a commercial type.

It’s one of the most popular rifle cartridges for Americans and has received high appreciation through the years. But why exactly does the .223 Remington have such a big following?

There are two main types of rifles.

The first category is called a Varmint Rifle which is a bolt-action type and has 1-12-inch of rifling twist for bullets that range from 2.5 to 3.9 grams.

The second category is called a Semi-Automatic Rifle which you can find in twist rates such as 1-7-inch, 1-8-inch, and 1-9-inch. Most people in the US use this type for varmint hunting, self-defense, home defense, and law enforcement.

The .223 bullet has about 50-grain varmint bullets so you can hunt various animals such as gophers, ground squirrels, and prairie dogs for a distance of 400 yards.

For larger animals like rock chucks and groundhogs, if you shoot within the 300-yard range, then you may hit the target because of the higher impact velocities, though.

However, you can still hunt deer within 150 yards since the higher impact velocities are strong enough to take effect.

The 1-14-inch is too slow for the 55-grain bullets when you load it initially. Most barrels of the .223 bullet have a slow rifling twist for the 1-12-inch. With its rate, it’s more suitable with bullets that have 55 grains or less.

However, some shooters find that the 1-12-inch twist can’t stabilize heavier bullets for better accuracy. Despite this, twisted barrels for the .223 bullet are still the most popular choice.

With the style of tactical bolt-action rifles, the twist rate is 1-9-inch. On one hand, the twist rate of some ARs and other .223 rifles are 1-7-inch. This type is made for long-range shooting and targeting.

Now, why do you need to analyze those twist rates? It’s because it is extremely important that you know how well your own .223 Remington performs to really know how far a .223 bullet actually travels.

There is a simple rule to draw close attention to.

First, if you want to shoot the heaviest bullet (which starts from 50 grains), then the 1-12-inch twist is an accurate option.

Second, if you want to shoot bullets from 60 grains, then get the 1-9-inch of twist. The 1-9-inch is a good choice for stabilizing the grain bullets (from 35 to 40) to meet smaller targets. But if you want to hit with long and heavy bullets, then you should get the 1-7-inch or 1-8-inch twists.

There are some minor differences between the twists that most people aren’t aware of though. To play deer-sized game, you need to be careful about the twist rate.

For handloading, you should stick with fast powders that have burn rates between Hodgdon’s Varget and Alliant’s Reloader 7. Alliant is a new powder designed for ARs and the .223 Remington. It is also called AR Comp.

Among all the other popular modern rifle cartridges, the .223 Remington is the least expensive. Shooters can use it for higher targets, especially in three-gun matches or in the service rifle category.

Moreover, you can also use the .223 Remington as a survival rifle.

Usage Depending on Level of Expertise

For newbies who want to learn the foundations of shooting, the .222 is the best option.

For experienced shooters, you can choose the .223 bullet to improve your bullet’s path.

The .223 Remington will improve the ballistic coefficients, bullet drop, wind drift, accurate ammunition, handloads, and accuracy of the rifles, especially for long-range shooting.

You’ll also be able to practice your marksmanship skills.

Finally, other hunters will benefit from huge variants of the .223 Remington which have been made in many years.

See the table below comparing the maximum range of the ammunition per handgun.

If you have only a rifle for one cartridge, then you could definitely choose the .223 Remington. With it, you’ll get to target games such as varmints and deer.

It’s also not difficult to load and shoot with the .223 Remington. However, you should also first understand its limitations before using it.

Everything else also depends on how well experienced you are with your gun skills. The .223 Remington can actually reach distances of 3,875 yards when used well.

To learn more about the 30-06 Springfield bullet, check out this guide!